I joined Twitter on April 20, 2009. In those 1,221 days, I’ve managed to tweet 10,000 times. That’s way more than I ever thought possible when I joined three years ago. I joined to keep up with @joshgroban and @rainnwilson because their updates were overwhelming my Google Reader. I picked my Twitter handle because I planned to tweet from my various trips (and also because JennInTheCity was already taken!). I did live-tweet my trip to Chicago the next month, using my clamshell cell phone to post grainy pictures of Wrigley Field and Italian ices. But it’s become so much more than that.

Twitter is now one of the first things I open when I wake up in the morning and there are very few times when it’s not open during the day. I stay connected to my friends (and celebrity crushes) throughout the work day and into the evening. I’ve live-tweeted the World Series, the Oscars, the Emmys, the Tonys and the Olympics. I now follow around 100 people on any given day, most of whom I’ve never met in real life. I *do* talk about what I had for lunch/dinner sometimes (as detractors like to say comprises all of Twitter), but also about politics, sports, celebrities, music, religion and all things pop culture. I keep up with friends who live in different time zones and different countries, making the distance between us seem insignificant. I’ve planned entire evenings without sending a single email or text – just @replying on Twitter.

Twitter is also the first place I go for news. If a celebrity dies, they are trending on Twitter before the I can open Google News. I woke up to the terrible reports from the shooting in Arizona last year and the shooting in Colorado this year. I stayed up way past my bedtime last year when the rumor emerged (and was then confirmed) that Navy Seal Team Six had killed Osama Bin Laden. Twitter is the first place I heard about Todd Akin’s ludicrous comments regarding rape and pregnancy, demonstrating his lack of knowledge of the fundamentals of female biology. I know that my contributions to the conversations during these events may not mean much (though they are being archived by the Library of Congress for generations to come), but I do get to participate in the global conversation in a way that’s meaningful to me.

But let’s get real – Twitter is also about following celebrities. It’s always interesting to me to see who’s on Twitter and how they use it. I love (and favorite) Aziz Ansari’s restaurant recommendations in various cities. I treasure the on-the-set photos that the casts of Rookie Blue, Community and Cougar Town post to keep us fans engaged while the show is off the air. I’m continually impressed that the cast of Rookie Blue hops on Twitter every Thursday at 8p Eastern to have an #RBparty with the fans, @replying their hearts out as we live-tweet the episode together. My enjoyment of a show doesn’t depend on interaction with the cast, but it doesn’t hurt either!

I’ve also been incredibly lucky to receive responses from these fabulous actors/writers! My biggest get is still my DM from JOEL MCHALE!, but I’m always pleasantly surprised when I hear back from any celeb I mention in a tweet. After spending my preteen/teen years writing actual fan letters to actors and sometimes getting a pre-printed autographed photo in return, it’s always fun to actually hear from the person themselves. So thank you Iqbal Theba, Stephen Tobolowsky, Joshua Malina, Bill Lawrence, Travis Milne, Bob Clendenin, Josh Hopkins and Eric Johnson. Special shout out to Neil Jackson who replies more often than not and always makes my day when he does. (And no, I don’t know why they are all men – I swear I’m not THAT girl on Twitter!)

Because I promised you photos of hot men instead of 600 words of blather about Twitter, here are your parting gifts (all from Twitter!): 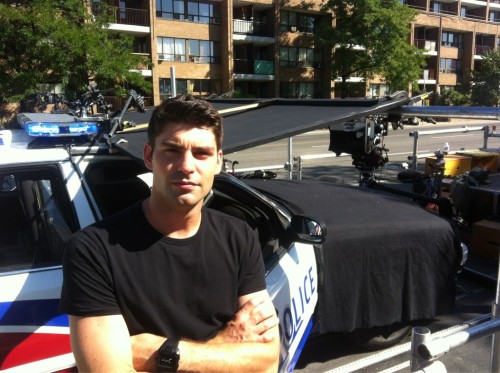 “This is Travis. He says hi” (via @MattyBGordon)

“Nothing like a little man love on the last day!” (via @noelcarbs

“Pimpin’ in our dope Grammy ride” (via @ActuallyNPH)

And, of course, can’t leave out Mr. Neil Jackson! 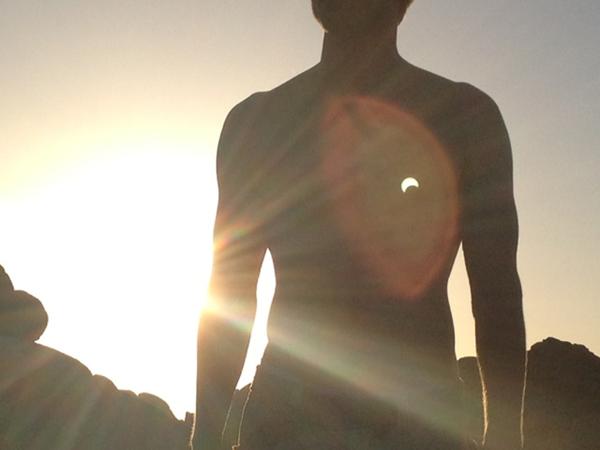 “Cool pic from Joshua Tree. That’s the eclipse reflected on my chest…” (via @TheNeilJackson)

“Not too shabby!!” (via @TheNeilJackson)

All text, personal photos, and other material on Jenn In The City are copyrighted and may not be published, broadcast, rewritten or redistributed without permission.
%d bloggers like this: